Motorships AS has been working with loading and unloading ships since 1964 at Port of Drammen.

Our speciality is transport of cars by Ro/Ro vessel

We are also stevedore in the Port of Drammen, with the responsibility for discharging car carriers for the same shipping lines. In total, we discharge approximately 100 calls and 90.000 cars and machines in a year.

Motorships AS is a part of Auris AS.

Since then, we have grown to also include the agency for NYK (Nippon Yusen Kaisha) as well as the sub-agency for WSS (UECC), K-line AS and Mosk (Mitsui O.S.K Lines). For our shippings we mainly use NYK, WWL and UECC.

This is how a RoRo vessel looks on the inside: 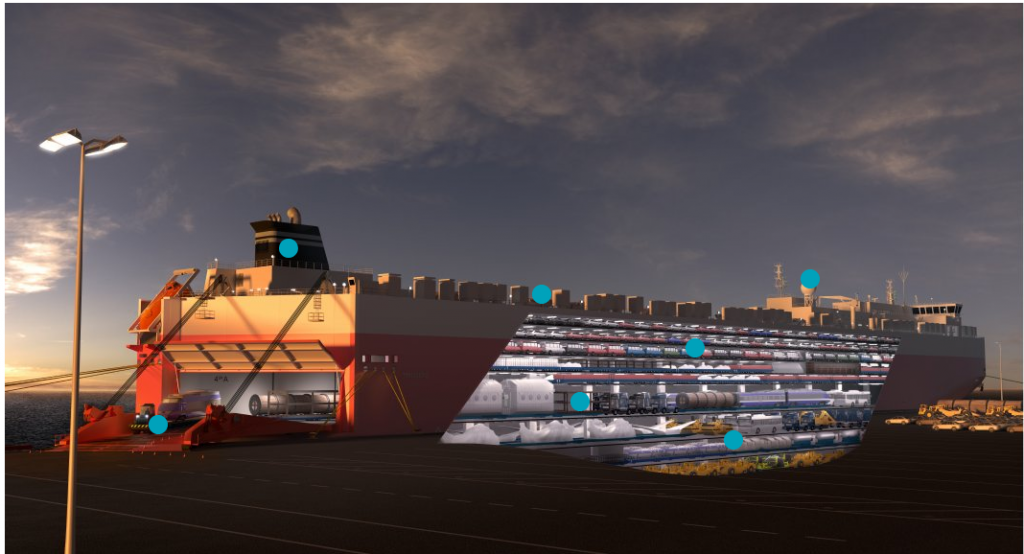 The Port of Drammen

The Port of Drammen is one of the main network ports in Norway and a fundamental part of the infrastructure for environmentally friendly transport to and from the region. For decades, The Port of Drammen has maintained its position as the prime Norwegian hotspot for transport of cars.

The Port of Drammen is a so-called intermodal transportation point, meaning that it is a place where transport via sea, road and railway combines in a manner that makes transport more effective and not at least costwise. In addition to 2–3 weekly calls of carcarriers sailing for central European ports, there is also a regular container line with weekly departures.

Drammen is centrally located near Oslo and within the most populated part of the country – its amount of surrounding habitants themselves also representing potential clients for any business.